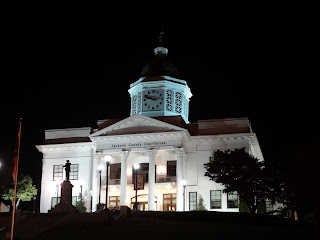 Jackson County Library welcomes Gary Carden's Liars Bench show.
Gary Carden, creator of the Liars Bench, a successful regional authentic, traditional southern Appalachian storytelling, music, poetry, drama and folk arts presentation announced that the show will play the Jackson County Library community room on Friday June 15 at 7:00 pm. Admission is free.
Guest host Newt Smith will fill in for Gary for this show. Liars Bench regulars Lloyd Arneach, master Cherokee storyteller; Paul Iarussi, claw-hammer guitar specialist and old-time music singer; and Karen Barnes, guitar singer-songwriter will play a 'Best of' Liars Bench show. There may be a mystery guest (or two) also.
During the past year, Carden has designed and directed a series of shows that dealt with Cherokee history and culture; religious music, Jack Tales, and myths and legends. After a show from last October was recently featured on the regional television program Life in the Carolinas, both the performers and the staff of the Liars Bench became convinced that the show should move toward becoming a significant voice in defining and preserving the region's culture. This decision was confirmed by the cover story publication in a WNC newspaper recently of Carden and his creation, The Liars Bench show.

The Liars Bench is a live, authentic traditional Southern Appalachian storytelling, music, poetry, drama, and folk arts presentation. Started in the summer of 2010 by Gary Carden, the show has been an audience pleaser from the very beginning. The Liars Bench promotes and showcases any and all aspects of Southern Appalachian culture.  The Liars Bench recognizes established artists and performers and encourages new talent also. Regular cast members include Gary Carden, Lloyd Arneach, Paul Iarussi, William Ritter, Kim Barnes, and our mascot Bodine. The Liars Bench continues the grand tradition of true mountain folkways through down-home entertainment. 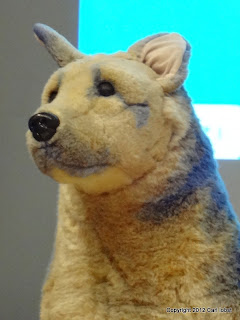