Flack, born in WNC and raised in Swain County, is a Nashville recording artist and has performed at the Grand Ole Opry and the Blue Bird Cafe. He learned to play guitar and sing at an early age and has traveled all over the United States performing his own songs and delighting audiences. “I love to play and perform, especially for folks here in the mountains, my home.”

“The Liars Bench is a unique blend of culturally accurate mountain Americana with traditional Southern Appalachian entertainment for everyone. We attempt to treat Appalachian culture with integrity and authenticity and to be an accurate reflection of the Southern Highlanders and their ways. No matter how successful the show becomes I want people to know that The Liars Bench is an honest rendering of Appalachian culture and tradition” said Carden. 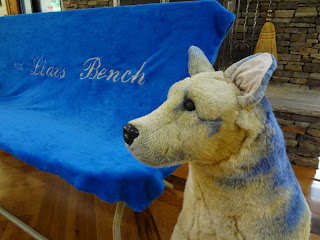 Folks, Bodine and the rest of the Liars Bench cast hope to see you there.

RSVP for Liars Bench Presents "An Old Time Appalachian Christmas With Randy Flack" at the MHC to add comments!